Formed in 2006 in the United States by composer Justin Curfman and re-located to the European Union in 2010, Feeding Fingers began as an experimental post-punk trio and has since evolved into an inter-disciplinary and international music project with intermittent members and contributors from Germany, Austria, Italy, Serbia, Japan, China and elsewhere.

Feeding Fingers' current studio album, 'Do Owe Harm' (2018), being an analog electronic, rock and jazz-infused study of microtonal / polytonal / xenharmonic music was released on January 5, 2018. A 40-concert tour of Europe and the United States in support of the album began on January 31, 2018 in Nashville, Tennessee and concluded on April 13, 2018 in Tirana, Albania. 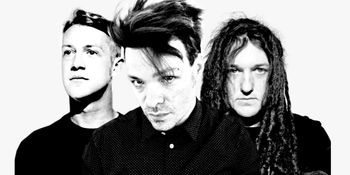 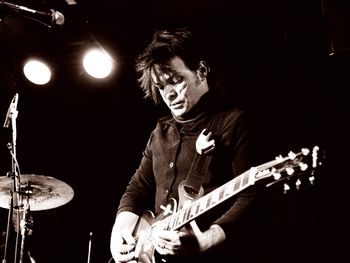 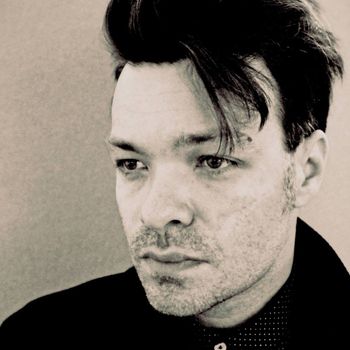 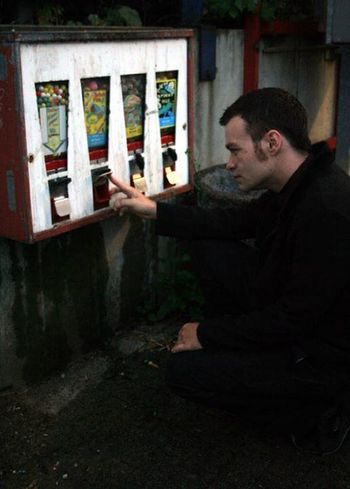 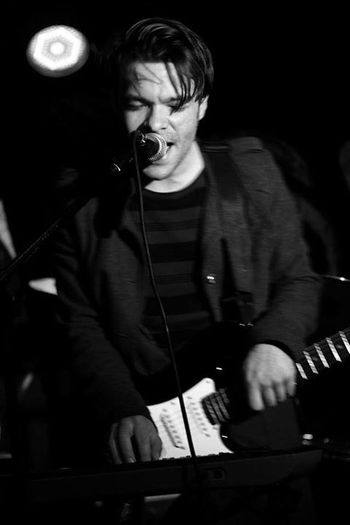 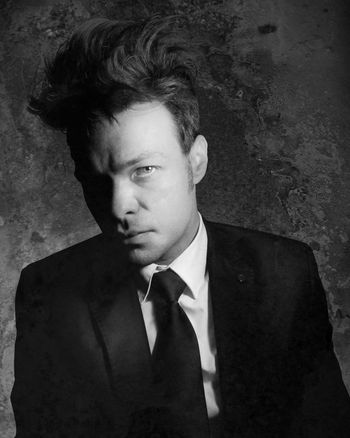 1. In Hallways Feared From Birth - Beta

5. A
Justin Curfman returns with his 6th Feeding Fingers studio album, 'Do Owe Harm'. An exploration of xenharmonic / microtonal / polyharmonic music with an analog electronic heart and acoustic human organs and limbs.

1. In Hallways Feared From Birth - Beta

7. I Have Tried Laughing Bohlen-Pierce

In March and April of 2014, as the band traveled throughout Europe playing shows in support of The Occupant, Curfman’s mind was on a future project – one which he had been longing to bring to fruition since he was just a boy living in Atlanta, long before Feeding Fingers even existed. Returning to Germany from the UK at the end of the tour, he set to the arduous task of researching musicology, music history, and theory which he would use, in broad strokes at first, to craft the foundation for what would eventually become Attend. Studying, reading, and working with music students from various disciplines in Salzburg, Austria, Curfman spent the rest of the spring of 2014 immersed in the realm of ideas. His mental workout continued on into June, as Attend was born, and Curfman began to write, fueled by his generativity and desire to inspire others.

Taking inspiration from his studies, his past, and his personal struggles dealing with private turmoil and full immersion into European culture, Curfman began to compose music for the first series of songs for the album throughout the summer and early autumn months of 2014. A simple piano melody, recorded played on a kalimba and embellished with lush guitar, bass, piano, and soaring percussion would, by the second week of October, 2014, become the finished music for what would become Attend’s first single – “Your Candied Laughter Crawls”.

November took Curfman to Italy, where he would record the vocals for this and several other songs he had completed in the interim at The Jack Studio in Naples. While there, he would work closely with violinist Marica Filomena Coppola, who would provide a stirring solo for “The Firstborn Stands Sedated”. Curfman spent three weeks in Italy, working in the studio and recording pieces of video and taking photographs for the video for “Your Candied Laughter Crawls”, on which he would collaborate with artist and animator Steven Lapcevic (USA) throughout the following few months.

"Your Candied Laughter Crawls” was released as a digital single, with an accompanying vox-kalimba B-side version and Lapcevic’s music video, in January of 2015. It was well received, finding play on several podcasts and internet radio sites throughout Europe and the USA and with generally positive critical reviews. Encouraged, Curfman continued to write and record music, building his collection of new songs. By March, 2015, he had amassed fourteen tracks for this monolithic record – but he was just over halfway to his goal.

“Polaroid Papercuts”, a track Curfman had been working on since early autumn of 2014, was released as Attend’s second single in March of 2015. Featuring guitar work by Martin Bradley of The Death Notes (UK), it proved a more straightforward track in the Feeding Fingers sound. Taking footage from the 2014 Occupant tour, mixing in little personal moments here and there and applying a “home movie” overlay, Film Bizarro director Ronny Carlsson (Sweden) created a video for the single which would showcase a more intimate side of Feeding Fingers – a tack that the band had previously not explored in their videos.

Throughout spring and summer of 2015, Curfman would find himself reaching out to all corners of the globe for musical inspiration and would begin collaborating with several guest musicians from many different styles of music. Never satisfied to remain squarely in the camp of any one genre, Curfman wanted to expand the Feeding Fingers universe to include sounds from as many different kinds of instruments as he could manage – from Indian and Chinese instruments to Wendy Carlos’s Alpha Scale, Ivan Alexandrovich Wyschnegradsky's quarter-tone piano and beyond, Attend is the result of a fully new tradition marrying the common themes of Feeding Fingers’ core sounds with international appeal. An experimental track played completely on glass, a song composed entirely for analog synthesis instrumentation, a track featuring a toy piano, even spoken word and completely atonal melodies – Attend is truly a mixture of modes and methods, knotted together in the sensibilities of its brilliant composer.

In autumn of 2015, it was picked up for release by Sounds For Sure Records (The Netherlands). A limited run of 250 hand-numbered, transparent-vinyl triple-LP sets were prepared for initial release alongside the digital and double-CD release on Tephramedia (Germany / USA).

February 5, 2016 saw the release of the lead promotional single in support of 'Attend' titled, "Where All of These Towns and Choices End" with accompanying music video from director and long-time friend and collaborator, Tom Brown (UK).

'Attend' was then released, officially, worldwide on February 9, 2016.